The main reason you would use Doxorubicin for dogs with Lymphoma is because you can’t afford the cost of the full Madison Wisconsin Protocol Treatment. Because, while the response to the Madison Wisconsin Protocol is about 80% to 90% of patients going into remission for an average period of 12 to 18 months, for patients treated with Doxorubicin Chemotherapy alone, the success rate is approximately 70% of patients going into remission, but only for about 6 months to 8 months of total remission on average.

What You Need to Know About Doxorubicin

The trouble with this treatment protocol, on the other hand, is because of Canine Lymphoma’s resistance to certain treatments (and adaptation over time), this option has a less successful response rate (both in terms of the odds of your dog going into remission and the expected length of that remission should it occur) compared to other multi-drug combination protocols such as The Madison Wisconsin Protocol.

So, overall, Doxorubicin it’s a little bit less response duration, but you only have to go to the vet every couple of weeks for these treatments, and after 5 doses you’re done.

Because this treatment requires significantly less treatments than other multi-drug protocols (only 5 treatments spread out several weeks apart), the cost of Doxorubicin treatment is lower than the cost of other longer and more comprehensive treatment protocols.

*Note: When estimating the percentage of dogs who might go into remission using this type of treatment (and the average length of remission), we assume that these treatments are being given to dogs who have been diagnosed with the most responsive types of Canine Lymphoma – i.e., Stage 1, Stage 2 or Stage 3, B-Cell Lymphoma, showing no visible symptoms of the disease (substage a). Fortunately this “most responsive” category applies to the vast majority of all diagnosed Canine Lymphoma cases. However, to the extent that these treatments are given to dogs who are diagnosed with “T-Cell Lymphoma,” who are diagnosed at Stage 4 or Stage 5, or who are showing unhealthy symptoms of sickness (Substage b), the effectiveness of this treatment (and of all known Canine Lymphoma treatments) may diminish significantly, both in terms of the percentage of dogs who achieve remission and in the length of remission once achieved. 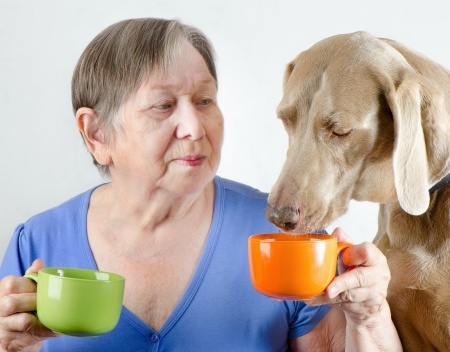 Although Doxorubicin can be an effective treatment option for Canine Lymphoma it is generally NOT the best treatment protocol available in terms of chance of remission and length of remission once achieved.

The primary reasons why caregivers may choose this option over other more effective options is cost (this option is substantially less expensive than the preferred full Madison Wisconsin Protocol), and effort (this option requires only 5 total treatments spread out over the course of several weeks).

However, in virtually every case, where finances and accessibility allow, Dr. Freeman generally recommends that her patients undertake the more comprehensive Madison Wisconsin Protocol over just Doxorubicin as a treatment option where her patients can afford it.